You are here:
Other News archive 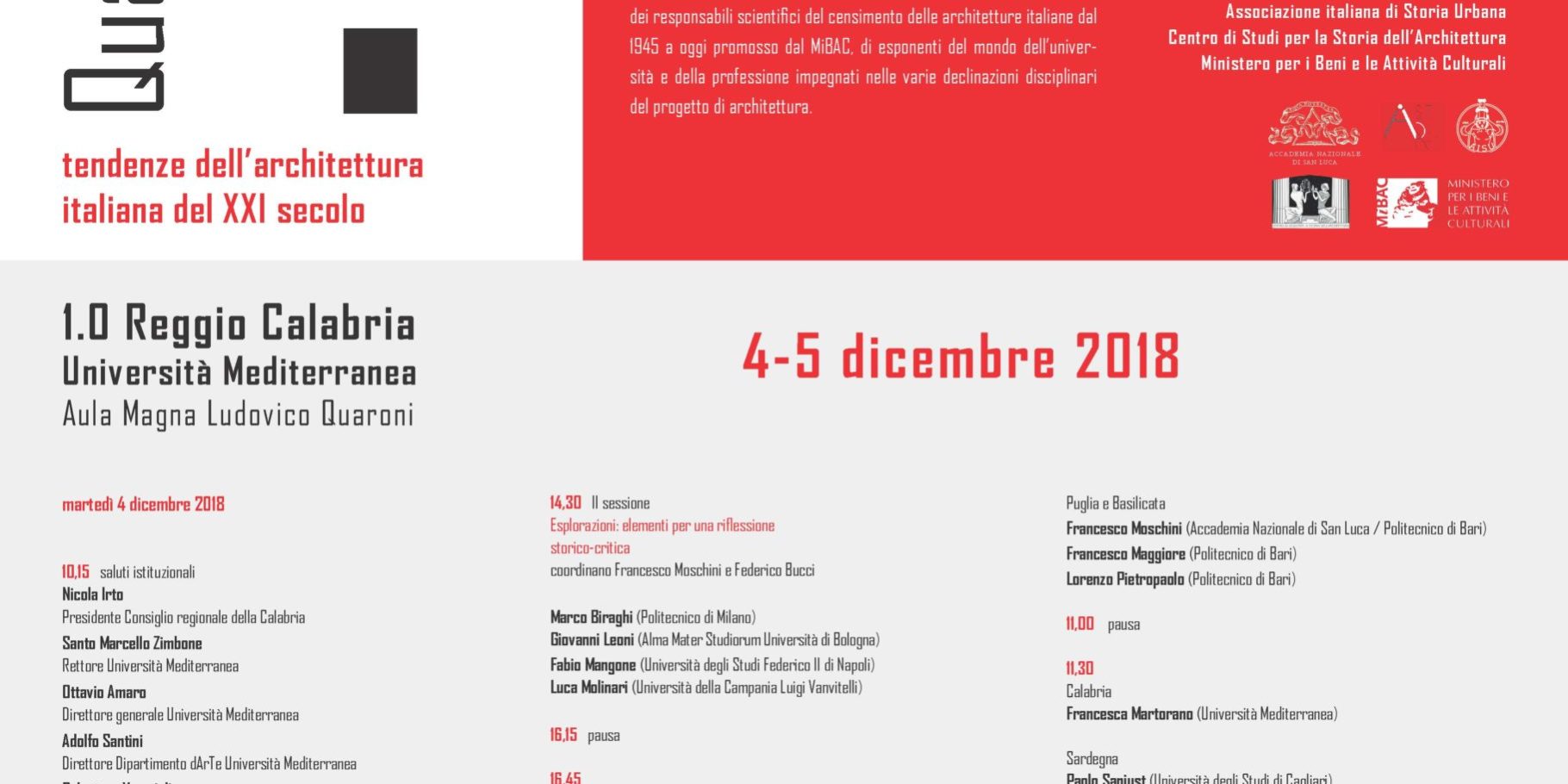 Close to the end of the first twenty years of the 21st century, the series of conferences examines the complex of Italian architectural production from 2000 to today, with the aim of identifying the main trend lines. It thus aims to provide an opportunity for a first wide-ranging critical reflection on the aesthetic results and cultural values ​​of the most recent Italian architecture, as well as on its specificity in the international context, especially in relation to the redevelopment of the city and territory. Overcoming any previous differentiation between centers and suburbs, on the one hand we will tend to reiterate the traditional polycentric peculiarity of Italian design culture, on the other hand to recover the central role of the historical-critical discipline in analyzing and evaluating its artistic and cultural outcomes, discussing the issues of environmental sustainability, technological innovation, the functionality of systems and housing models, the recovery of the historical building heritage, urban and landscape redevelopment and, more generally, the relationship between the project and the legacy of the twentieth century. Each conference will be divided into two distinct parts: in the first, institutional, historical and architectural critics will discuss the issues in question, in the second, the various geo-cultural areas of the national scene will be explored, also thanks to the involvement of the scientific managers of the census of Italian architectures from 1945 to today promoted by MiBAC, of ​​exponents from the world of universities and the profession involved in the various disciplinary aspects of the architectural project. In this context, the fourth session of the first conference of the cycle, at the Mediterranean University, curated by Gianfranco Neri, will have a seminar character on the theme of University, Architecture, Society. Teaching and exercising the architectural project in school and in the profession.