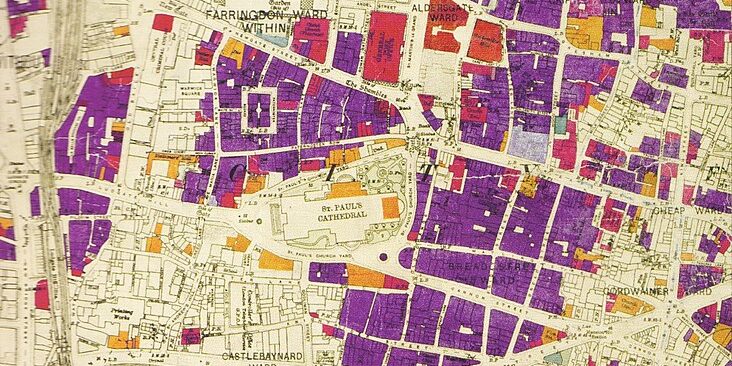 On November 23 and 24, the Centre for Heritage Conservation and Technologies in Bamberg will host the hybrid conference Cartographies of Catastrophe.

Please register until 12 November by email (conference.urbanmetamapping@uni-bamberg.de) providing your name, institution or location as independent scholar.

Conflicts and catastrophes impacted cities worldwide throughout history and recently at various scales. The impact of the destruction of cities is documented globally and yet not fully analysed comparatively and from a long-term perspective. The development of new technologies facilitates the documentation of such damage, as well as preparation for the transformation and recovery of the cities. Urban damage cartography plays a fundamental role in communicating and negotiating losses and future visions of affected cities. Maps aim to track and foresee urban changes, yet they cannot compete with a fast-changing reality. Maps that depict war or natural related changes to the city could become obsolete in a short period. These can be read as a brief snapshot in a continuous changing environment. Due to this quick historization, damage cartography is situated at the interface of current documentation practice and historical geography, providing information as much about conditions before and after human-made or natural disasters, as about active changes made to the built urban fabric after catastrophes.

Existing historical sources of urban damage cartography for various cities generated during and after wars and conflicts have been identified and researched, such as those affected during the Second World War in Europe (Austria, Germany, Poland, United Kingdom). Building on this knowledge, this conference aims to problematise cartographies of catastrophes from the 19th century until the present time in the global context, from wide interdisciplinary perspectives. By focusing on damage maps from past and recent conflicts and catastrophes, this conference interrogates whether maps just show past conditions, or do they foresee and predetermine future conditions?