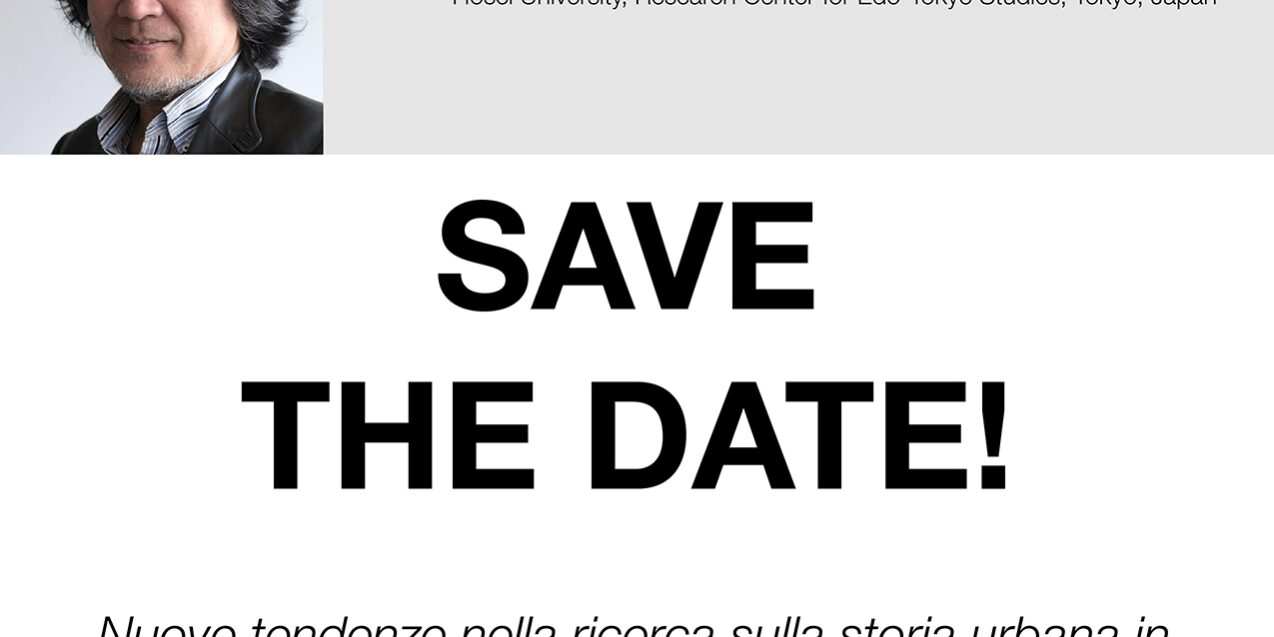 ABSTRACT
Here I would like to discuss new trends in the study of urban history in Japan, focusing on the study of Tokyo. In the latter half of the 19th century, with the Meiji Restoration, Japanese society drastically changed from the Edo period, which was governed by the Tokugawa Shogunate, to a modern nation centered on the emperor. From there, the modern history of pursuing westernization began.
Therefore, for a long time, research on the castle town of Edo and research on the modern capital, Tokyo, have been conducted separately. But, in the first half of the 1980s, Edo-Tokyo studies were advocated and had a great influence. From this new approach, Edo and Tokyo were viewed from the same perspective in terms of both continuity and discontinuity. The Edo-Tokyo Museum has also been realized following to this concept. There, the idea was to start the urban history of Tokyo with the construction of the city in Edo by the Tokugawa Shogunate.
Then, in the early 1990s, an attempt to expand the scope of research beyond Edo -Tokyo studies began, and in the last 20 years, urban history research on Tokyo has greatly expanded the scope and the target. Namely, the time spread to the ancient and medieval times, and the space spread to the surrounding territory composed by rural areas and farm villages which used to support urban life of Edo.
Along with this, research focusing on the natural conditions, topography, and water systems of Tokyo has become active. In Tokyo, where construction activities are active, there are many opportunities for archaeological excavations, and the results have greatly contributed to urban history research.
As a characteristic of Japanese cities such as Edo Tokyo, many natural and rural elements entered/ coexisted in the urban area, creating a unique urban landscape and lifestyle. There are many recent studies that focus on that point.
As interesting research subjects, I would like to take up Ueno Area (characterized by a small mountain and a pond) that existed in the periphery of the urban area of Edo and Inogashira Pond (characterized by a religious and recreation function) located in the suburbs of Edo. And further, I will taking up research on ‘’famous places ‘’ (meisho in Japanese ) undertaken by Edo Tokyo Research Center of Hosei University( EToS) .
Finally , I d’ like to introduce my recent study on water city of Tokyo with new approach expanding spatially/geographically the study target from central lower part of Tokyo to the Western Musashino Plateau.