AISU Lectures – Peter Stabel “The Difficulty of Comparing. Pitfalls and Opportunities When Writing a New Synthesis on the Urban History of Medieval Europe, the Byzantine and Islamic Worlds.” 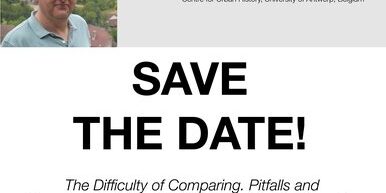 ABSTRACT
By definition all historical research is comparative. Yet most historical research is only implicitly comparative, and this is true for urban history as well. Despite the success of “global histories” or “world histories” of cities, and of more detailed surveys in which cities in different places or in different periods are analyzed, comparison if most often, also in these studies implicit ways rather than explicit. Direct comparison is often left to the reader or only dealt with in short introductions or conclusions. While trying to write an explicit “comparative” history of the medieval city in Latin Europe, the Byzantine Empire and the Islamic Worlds, I was confronted regularly with crucial decisions about how to compare, more so because of the history of the medieval city in these broad and in themselves often very heterogenous regions has developed along very different methodologies and paradigms. For a European historian, the danger of Eurocentrism and Orientalism always loom in the background, even in a period when cities elsewhere in the world often experienced more complex social and cultural organization. Is it fair to study cities in the Middle East or even in the Eastern Mediterranean with a methodological toolkit that was often developed for European cities? In the presentation some examples will be given relating to the pattern of urbanization, the governance of cities and the impact of the urban body politic and of the “transnational” encounters of the three urban models in the middle ages, and at each occasion the essence of comparing is questioned, while the European urban historian is inevitably confronted with choices of how to contextualize Europe or Europeanize urban contexts.