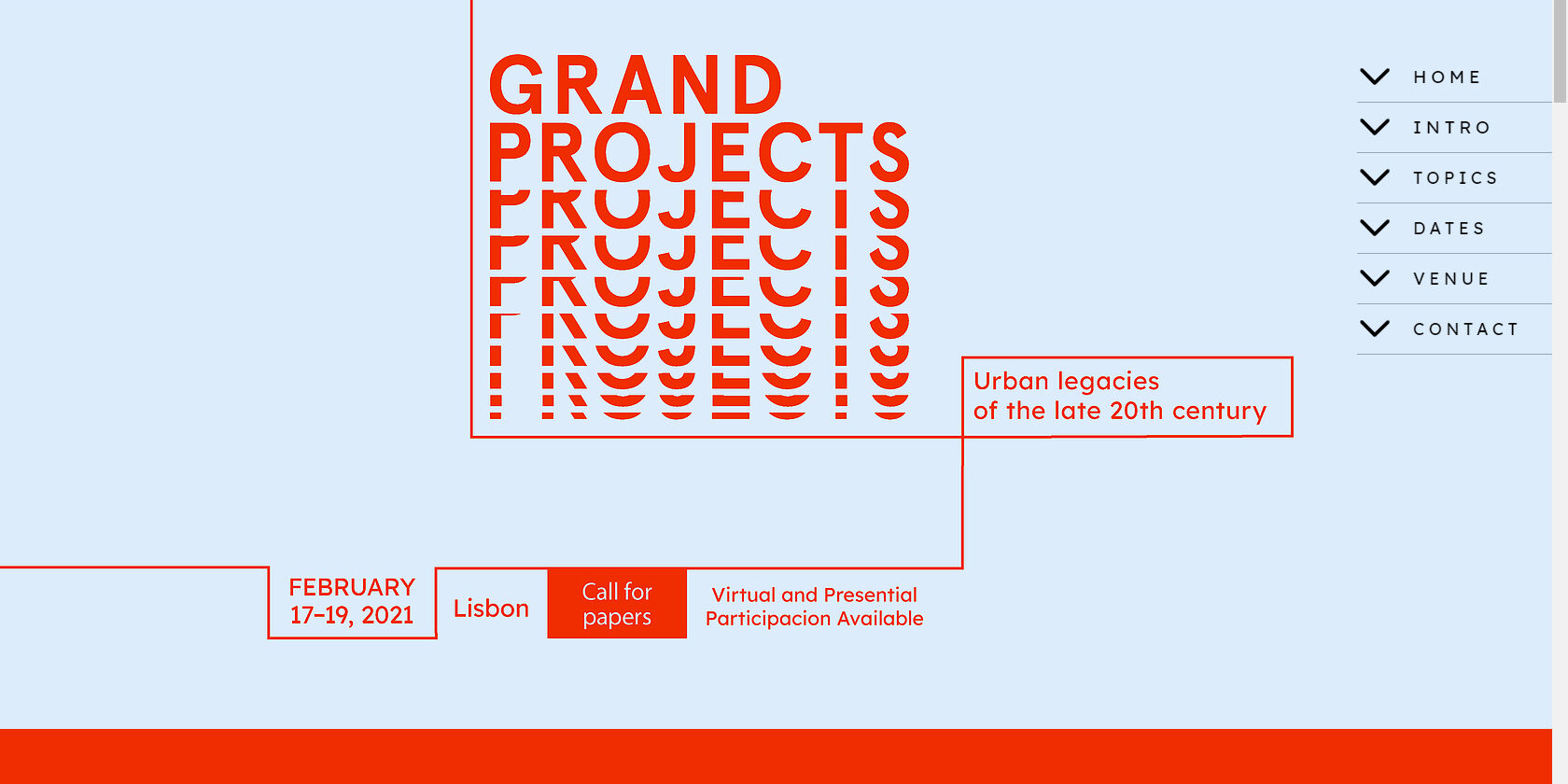 Throughout the last quarter of the twentieth century, the salvific model of Grand Projects affirmed itself as a final attempt to overcome the deterministic and extensive visions of Functional Planning which marked that very same century. Since then, Grand Projects have been leading accelerated, punctual and intensive urban transformations in different cities around the world.

Mobilising high volumes of public, private, or mixed investments in areas under restructuring processes, these operations frequently join the organisation of major events – Olympic Games, Universal Exhibitions, International Football Championships, and Cultural Festivals. This leads to the construction of new urban compounds, full of iconic architectures, and aiming “the repositioning of cities in the Globalisation chart”, something which has become a common proclamation.
Based on markedly global development models – with a western matrix typical of the neoliberal economies of the Northern hemisphere – the Grand Projects have often generated “alter-cities” that are peripheral to local urban fabrics, induce huge real-estate valuations around traditional city centres, or, in another sense, lead to their uncontrolled gentrification.
Spreading like a syndrome, Grand Projects are currently present in different cultural contexts, as they are present in the Middle East and the Far East, as well as in countries of the Global South (e.g. on the continents of Africa and Latin America). Many of these are experiencing asymmetric development processes. Involving global capital investments, these kind of operations are implemented in a self-referenced manner, are indifferent to the endogenous potential of these countries (in most of the cases), and are paradoxically contradicting their own cohesion and development strategies.
The purpose of this session is to expose, compare and evaluate “contamination” processes generated by Grand Projects throughout the last two decades that have existed between North and South, West and East, and Global and Local (in both senses). In this regard, we expect different lecturers’ contributions, among others, coming from countries where those effects are currently taking place.